How A Facial Recognition Tool Found Its Way Into Hundreds Of US Police Departments, Schools, And Taxpayer-Funded Organizations

A controversial facial recognition tool designed for policing has been quietly deployed across the country with little to no public oversight. According to reporting and data reviewed by BuzzFeed News, more than 7,000 individuals from nearly 2,000 public agencies nationwide have used Clearview AI to search through millions of Americans’ faces, looking for people, including Black Lives Matter protesters, Capitol insurrectionists, petty criminals and their own friends and family members.

BuzzFeed News has developed a searchable table of 1,803 publicly funded agencies whose employees are listed in the data as having used or tested the controversial policing tool before February 2020. These include local and state police, US Immigration and Customs Enforcement, the Air Force, state healthcare organizations, offices of state attorneys general, and even public schools.

In many cases, leaders at these agencies were unaware that employees were using the tool; five said they would pause or ban its use 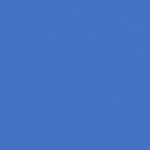