For over a decade, Chad Sowash has been a leader and key architect in the development of hundreds of successful programs and partnerships. Chad has chosen to focus his energy on making a difference in veteran hiring, workforce, economic, business and technology development within the recruitment and staffing industry.

Sowash brings 20 years of military experience, including combat service, experience as a drill sergeant and more than 15 years in leadership positions where he led, managed and motivated groups ranging from five to more than 200 individuals. In addition to his military service, Sowash draws upon extensive recruitment industry expertise. He worked for Online Career Center, the precursor to Monster.com, and spent ten years as Vice President with DirectEmployers Association. There he led and managed the development of the first complete National Labor Exchange in the U.S. and testified before Congress on behalf of veterans and hiring companies.

Chad is also known as a pioneer who has worked in the industry since before Monster was known as Monster.com. He owns a keen ability to understand competitive intelligence and next-generation technology allowing him to see and connect the proverbial “dots”, thus creating fresh vision with a clear path to execution for Fortune 500 companies across the globe.

Chad has inspired thousands through various speaking engagements focused on military hiring, digital strategy, workforce, education and economic development. In addition, Chad has been showcased on NBC Nightly News, CNN American Morning, and NPR Weekend Edition while also being quoted in several publications throughout the world.

The wide range of Chad’s abilities combined with a solid track record of executive-level success has cemented his position as a leader in the recruitment and staffing industry. Chad’s top three defining factors are strong leadership, strategic vision, and the ability to execute. 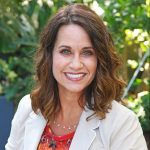 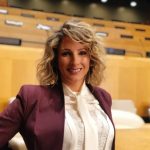